Cut-e is a psychometric assessment and talent measurement company who provide recruitment tools to help businesses find the right candidate. It is owned by Aon and is used by many companies including Dell, Red Bull, Lidl, Grant Thornton and more.
Buy tests Free test

Improve your scores with our intelligent learning system

Cut-e are renowned for regularly developing new test formats and using innovation to keep their content fresh and current. Their tests are also much shorter than most other test providers, as they typically allocate just 12 minutes per test. All of their tests are on a testing portal called mapTQ and so you may receive an invite from the employer to access the system in order to complete you test.

Like all assessment providers, Cut-e have a wide range of tests and we have outlined them below so that you can become familiar with these tests.

These tests cover the main reasoning tests that you are used to seeing at an assessment day, including numerical, verbal and logical. Cut-e sometimes refer to these as “scales” and each test comes in a range of difficulty:

These tests are designed to evaluate your ability to deal with numbers quickly and accurately. Cut-e incorporates many levels of difficulty into their tests, depending on the role you have applied for. The more difficult the test, the more complex the diagrams and tables are to interpret. A simple test will take 5 minutes but the more difficult tests will take 12 minutes. Take a look at our Cut-e numerical practice test to experience a simulated assessment.

Cut-e’s verbal ability tests differ to traditional verbal reasoning tests. Unlike most of the verbal reasoning tests we have referenced previously, Cut-e tests require you to handle multiple, but shorter passages simultaneously. These passages incorporate more objective texts and they are organised in separate tabs so that only one tab is visible at any one time. You are expected to establish which tab has the necessary information in order to conclude your answer. There are various levels of difficulty and in the same as the numerical ability tests, vary in length according to complexity.

There are two versions of Cut-e’s logical ability tests. The first is typically used for technical roles such as engineering, It evaluates deductive reasoning capabilities and can take from 5 to 15 minutes to complete. The second is typically used for graduates and apprentices, and evaluate rule discovery abilities as well as inductive reasoning. They take between 5-12 minutes to complete.

There are 13 tests within this category varying in length and each one targets a different type of role. They include:

These are typically used for aviation-based roles including pilots, air traffic controllers

These are typically used for customer facing roles, technical jobs and quality assurance.

Unlike most E-tray exercises, Cut-e’s version is only 15 minutes long. In this time you will need to manage an email inbox and prioritise tasks that are received according to the objectives that you will be briefed with beforehand.

There are three types of specialist skills tests and they are very specific to the job specification:

Prepare for your Cut-e Assessment 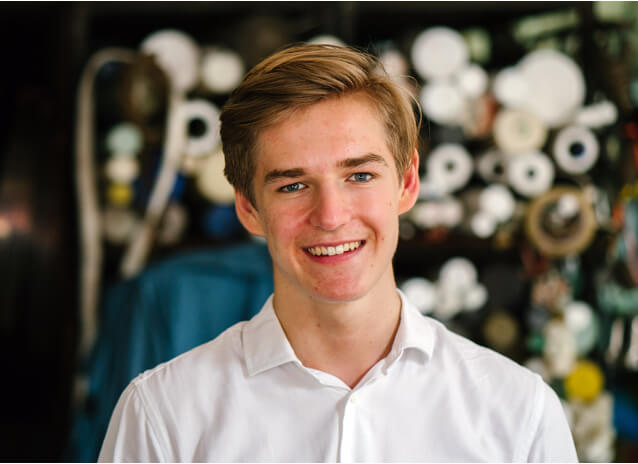 I could prepare for specific companies and industries. It’s been an invaluable resource.

This test is really similar to the E-tray exercise and is used to assess how you handle information under difficult circumstances. You will be allocated fifteen minutes to take responsibility for a former-colleague who is managing a project but has left the business unexpectedly. The assessment is often used to spot individuals who have managerial potential.

Personality and behavioural traits are really important to an employer. Often, these characteristics will determine whether an individual is the right fit for a company, and the values they stand for. Cut-e have produced three additional tests, which help companies determine a candidate’s compatibility in this regard.

This questionnaire looks at work-related principles and will ask you to evaluate different values and interests according to your opinion. It usually takes between 10-20 minutes to complete.

Cut-e have created five variations of this test, all of which will present you with statements that you will need to rate according to what best describes you. They usually take between 10-20 minutes to complete.

Cut-e designed this questionnaire to help employers identify candidates who possess potential undesirable work attitudes and behaviours. It is reliant on you to judge how you handle various work-related situations and will offer you multiple answers for you to choose from.

Situational Judgement tests assess your competence in making the right decision within a workplace situation. What makes Cut-e Situational Judgement tests different to other companies is that they have taken some of the pressure off by calling it a Questionnaire. The questionnaire hasn’t got a time limit, which can be used to your advantage. You will be able to take as much time as you need to make the right decision and ensure you are displaying the ideal behaviours required for the job you have applied for.

Practice Aptitude Tests is not associated with Cut-e. We provide preparation services for Cut-e psychometric tests. Visit www.cut-e.com to apply.